On Corporate Accountability (or lack thereof) 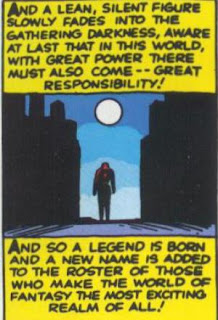 In the Corporate world, the responsibility is theoretically there, but to whom and to what end? What’s really missing is accountability. After all, as another adage goes, this one from economics: people respond to incentives. Absent proper incentives, no amount of responsibility overcomes a lack of accountability. True negative incentives do not exist in the Corporate world. CEO’s, CFO’s and Board Members never face any real, personal punishment for their actions. Absent this, normal incentives produce poor behavior in the pursuit of profits. This should not be surprising. Until the decision makers in Corporations face personal accountability, Corporations will place profits over responsibility.

First a little history: The introduction of Limited Liability is one of the great inventions in the world of business. As Deirdre McCloskey discusses in Volume 2 of her seminal work on economic history: Bourgeois Dignity, it is one of the ideas that changed the world. The ability to shield your personal assets from forfeiture due to a business failure was one of the critical factors in the massive expansion of business innovation and revolution that resulted in millions worldwide being lifted out of abject poverty. But slowly, over decades, a problem emerged. The Citizen’s United Supreme Court decision essentially bestowed the rights of a person onto Corporations. We can debate if the decision was right or wrong, but the idea of Corporate “personhood” highlights the great missing piece: you cannot hold a Corporation accountable in the same way you can a person. Certainly, you can fine them both, but try putting a Corporation in prison and the problem becomes clear, as Smith and Howat point out in Justice Inc: “companies have no soul to be damned, no body to kick.” .

Corporations have shareholders – being a Corporation encompasses the LEGAL duty to the shareholder to maximize profits and increase the value of the stock. Even with the most ethical of Corporations this requires a short-sighted approach. They are required every quarter to report on the past year’s profit, and then make projections towards the future. Investors and reporters follow these projections with all the fervor of sports scores and election results – and the stock price responds. Corporations respond to incentives – and shareholders are a BIG one. So influential, in fact, that the temptation to cheat becomes almost impossible to ignore. Absent any real repercussions, the inevitable happens – Corporations begin skirting the rules, and then breaking them. The term “Paper Tiger” was coined to describe this: “Developments in the law are making the corporate form more opaque and allowing the agents who animate it to escape individual accountability for their actions.”.

A few years ago, a judge did try to hold a Corporation accountable for egregious actions, though in a Quixotic way: He sentenced the Corporation to jail time. As discussed in the article by Farber, “The Judge resorted to this extraordinary sentence, he said, because he didn’t know how else to impose a meaningful punishment on a corporation that could easily afford to pay the maximum fine.”. Obviously, the Corporation spent no actual time in prison, despite engaging in a price fixing scheme between Pepsi and Coke resulting in over $1,000,000 in illegal revenues way back in 1988.

One significant recent example: UBER. Not the bad press about a poor culture with regard to employee treatment – though that’s pretty bad as well. What happened was they got hacked. In early 2016, hackers accessed the personal data of over 600,000 drivers and 57 million customers and demanded $100,000 from UBER to delete the data. UBER paid the money, and waited more than a year and a half to inform their drivers of the breach. Now they will pay a settlement of $148,000,000 to all 50 states and the District of Columbia. This is in addition to past settlements involving misleading advertising for drivers and illegal use of texting. One estimate is that they’ve been sued 433 times. But they keep skirting the law. No Corporate officer went to jail or received a personal fine.

Then there are the banks. Bank of America has been fined 20 times for over 57.9 BILLION dollars. Wells Fargo has been fined 39 times! (Smith and Howat 112) Governments respond to incentives as well. Putting a Corporate officer in jail gets headlines, but fining a company puts money directly into the pockets of government agencies charged with regulating these entities. As Smith and Howat put it: “Public authorities have become addicted to revenues from corporate fines.” In essence, as they further discuss, fines effectively act as a Corporate “get out of jail card.” (112). One can easily see how this leads to MORE bad behavior and not less.

The solution remains as obvious as it is difficult to implement: Hold Corporate officers and boards personally accountable for the actions of their companies. Fine them, jail them or file injunctions against them serving as officers and/or board members. Politics, working out the details and piercing the veil of “plausible deniability” all stand in the way of a successful policy being implemented. Then, once the policy exists, high powered lawyers and political connections will further stand in the way of justice. But there’s no question that the system as it exists now fails to serve the average American.

Corporations and the concept of Limited Liability are the foundations upon which the modern world economy has been built. Billions of people have escaped poverty and First World citizens can access hundreds of modern wonders unimaginable in the past. That makes it important that we not screw the current system up while trying to fix it. Clearly though, the ability of any American to list a dozen Corporate criminals, all of whom escaped real justice, and many of whom are serial offenders makes it obvious that something is very wrong. Until the true decision makers in the Corporate world face PERSONAL repercussions, shareholders will always win over customers and employees.

Posted by Super Tax Genius at 6:25 AM